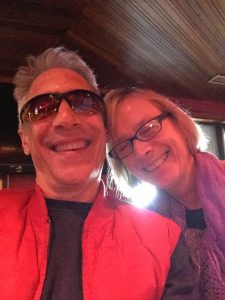 How did Jason and Hythe start Chimney Manns?
Short version = FATE.
Long version:
We bought a house with two fireplaces and tried to find someone to clean and inspect them. We called a couple of companies and they really were not very nice. Couple guys showed up in a truck. One guy waited in the truck and the other guy came to the house had a smell of liquor. He wasn’t real sure what to do. We did not get our fireplaces cleaned or inspected and the guys left.
We joked about finding a niche market for a business.
Hythe has a Bachelor of Science in Business degree was working as an Sales Accounting Manager. Jason has a Chemistry degree was working as a Case Manager with development disabled adults.
WITC (Wisconsin Indianhead Technical College) had a course on home based businesses. 8am Saturday mornings for 8 weeks. Hythe twisted Jason’s arm and off to school we went. Jason brought up the idea of chimney sweep to the instructor. The instructor was very encouraging. Jason researched and found the Chimney Safety Institute of America. They had the only school and national certification program. After much discussion and gut wrenching worry, we quit our jobs (and guaranteed paychecks) and attended Chimney Sweep Training School in Boston and set up the business in June 1997.

Privacy Notice: Any Information you provide us will not be shared with any third party without your permission.  Our policy is that we only disclose information regarding your chimney to the person who paid for the service, unless we have the express authorization to release the information to a third party.

Where does Hythe’s name come from?
Short version = her Dad made it up.
Long version:
Hythe’s Mom went into labor on a Friday night in the city of St. Paul MN during a blizzard. Her Dad had been out for a few drinks. When he got home, she told him I have to get to the hospital now. He told her that it was a blizzard and they probably weren’t going anywhere. She was like no we need to go now. He went out to the street and by chance a taxi was coming down the street. He stood in the street so the taxi would either hit him or stop.
Once down to the hospital, he went for a few more drinks … and came back to the hospital and said her name is Hyacinth. She said no. You can’t do that to a child. Rose, Ivy, Daisy, maybe but not Hyacinth.
He went for a few more drinks … came back to the hospital and said very adamantly her name is Hythe. He made up Hythe from Hyacinth. He was so drunk, she thought he would never remember. So she agreed. He left for more drinks…
She delivered me alone and went to sleep. When she woke, he had already completed the birth certificate. So Rebecca Mae become Hythe Rebecca.